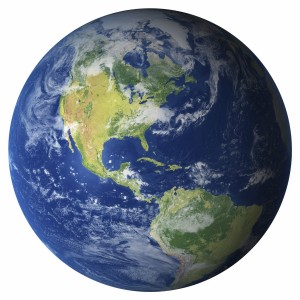 I’ll admit it, I have some strange interests. One of them is a fascination with geography. I love maps. I love reading about unusual and exotic places around the world, especially the off the grid, out of the mainstream places.

Some of these places aren’t exactly paradise; in fact the living conditions are often pretty extreme. It’s enough to make one wonder why people live there. I’m not talking about places with indiginous populations that have been there for eons; these are places where people can come and go if they choose.

In this piece, I’m taking a look at a few I’ve found and find interesting. Thanks to software like Google Earth, we can get a far better look at these places than using the books and maps I used as a kid. If you want to find out about Tristan de  Cunha, you’ll have to read to the end. So okey-dokey, here we go…. 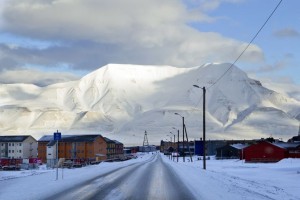 The largest and only permanently populated island of the Svalbard archipelago in northern Norway. It’s a pretty big island, 15,000+ square miles, with a population of only 2642. The Amazon television series Fortitude is fiction loosely based on this island.

Mining and arctic research along with tourism are the principal employers on the island.  Ten different countries conduct research activities on the island. It is also the home of the Svalbard Global Seed Vault, containing more than 10,000 samples of seeds, a back up supply of cultivatable seeds in the event of a global disaster.

Spitbergen is 1261 miles north of Oslo Norway,  but only about 650 miles from the North Pole. It’s pretty cold there. While summer temperatures can average highs of 39-43 degrees (F), winter high temps are only about -12 to -16 degrees. 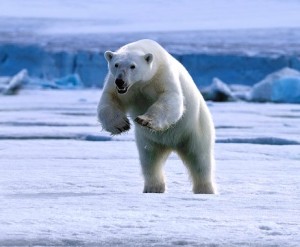 Tourism is the second largest industry in Spitsbergen (behind mining). Cruises and “polar bear” sighting tours are popular. Because of the polar bears, however, don’t go outside without your rifle. 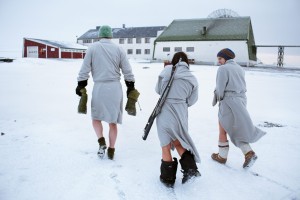 Located in the South Atlantic Ocean, about 1000 miles from the coast of Africa, and 1400 miles from the coast of Brazil, Ascention island is a remote part of British Overseas Territory. The island was used by the United States as a military base, and is still the home of a British Royal Air Force base. The island hosts antennas that are part of the international Global Positioning System (GPS), and some telescopes operated by NASA.

There are five settlements on the island, with a total population of 806, according to the 2016 census. The island has a hot desert climate, with temperatures only varying slightly year-round. Average high temperatures run from 79-86 degrees (F), and average lows 70-76, with very little rain.

There is technically no right to permanently  live on the island, and residency is permitted only by employment contract. This has been disputed by some of the long-time expatriate employees living there.

Georgetown is the capital and chief settlement on the island, with a population of about 450. 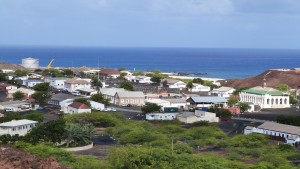 Tourism: The island was not opened to tourists until 2002, and even today it is not easy to get there.  There are no commercial flights to the island, but until this year, passengers could actually book limited seats with the Royal Air Force to fly to the island. This option is not longer available due to poor runway conditions on the island. Sport fishing and an abundance of sea turtles attract some tourists. The island also boasts the world’s worst golf course. Most tourists arrive by way of a Royal Mail Ship. Hotel accomodations are sparse: 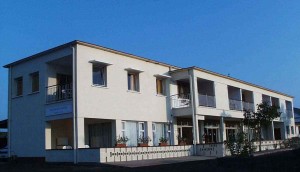 It may be difficult to get to Ascension island, but apparently the fishing is pretty good: 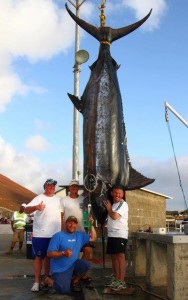 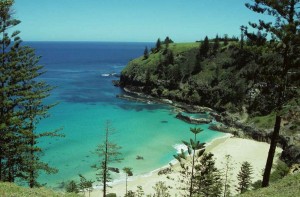 Located 877 miles east of Australia, Norkfolk Island has always been one of my favorites. The island is only about 14 square miles in size and has a population of about 2200 residents.

The island was a British penal colony for about fifty years.  The penal system was abandoned, and civilian settlement began in 1956. The island was turned over to Austalia in 1914.

Temperatures on the island are continually mild. The average low temperature is 56-67 degrees (F), and the average high is 65-77 degrees.  The island is known for a pine tree, known as the Norfolk Pine, its primary export as a popular ornamental plant. 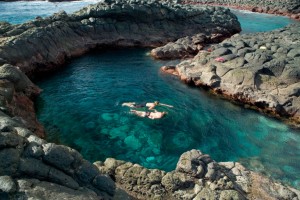 The island, once under autonomous government, is now governed by Australia. Life seems pretty idyllic, with such societal problems at crime almost non-existant. The island has three police officers. The largest town on the island is Burnt Pine, with a population of about 180. The rest of the residents live scattered around the island. 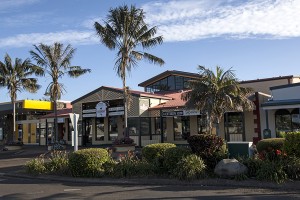 The largest celebration on the island is Bounty Day (June 8) celebrating the arrival of mutineers from the HMS Bounty, whose decendents still live on the island. Some of the casualness of living is seen in telephone listings in the local phonebook, where residents are often identified by their nicknames such as Cane Toad, Dar Bizziebee, Lettuce Leaf, Goof, Paw Paw, Diddles, Rubber Duck, Carrots and Tarzan. 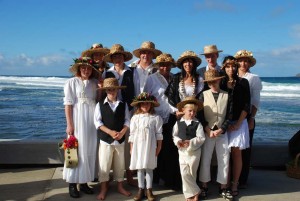 There it is, Tristan de Cunha (click the picture for a better view). Never heard of it? Most people haven’t.  It holds the honor of being the most remote inhabited place on the planet.

Located in the South Atlantic Ocean, it is an 80 square mile island with a population of about 262 people. The island is a British Overseas Territory and the only town is named Edinburgh of the Seven Seas.

Remote is no exaggeration. Take a look (click the image): 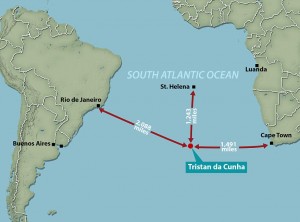 The island has an interesting history. Although the island was discovered in the 1500’s, the first permanent settler was strangely, an American from Massachusetts, who landed in 1810 and claimed the island as his personal property. The British took umbrage,  and annexed the island as an overseas territory. The island consisted of a garrison of British Marines and a small civilian population. After some difficult winters, the British decided to evacuate the island, and offered to take the civilians. After a vote, the civilians refused to move. It was reported that no ships even visited the island from 1909 to 1919, when a British shipped stopped to tell the islanders that World War I was over, a war they never knew had even started. 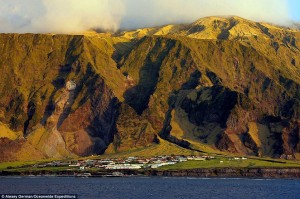 Edinburgh at the base of the Volcano

The average temperatures vary very little year round on the island, running between 55 and 65 degrees farenheit all year long. The island is frequently rainy. So what is it like living there? Check out the video” 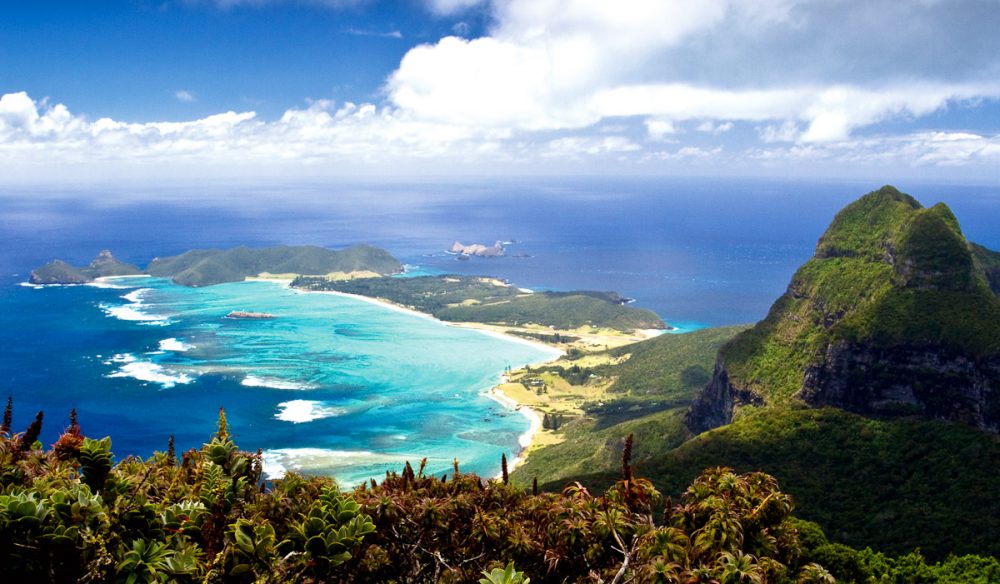 During one of my “explorations” about a year or two ago, I came across a small island off Australia: Lord Howe Island.

Located about 370 miles east of Austalia, it is considered by some to be the most beautiful island in the Pacific. It is a very small island, only about six miles long and one mile wide at its widest point. There is a local population of less than 400, and no more than 400 tourists are permitted on the island at any one time.

Twelve miles southeast of Lord Howe Island lies one of the most distinct land masses in the world: Ball’s Pyramid. It is the highest volcanic stack in the world, jutting 1844 feet into the air. It is all that remains of a massive volcano formed over seven million years ago. 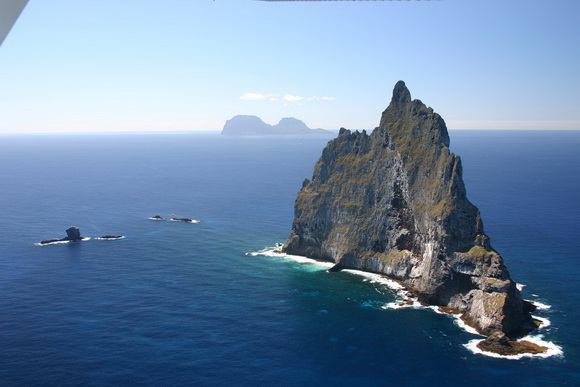 I’ve been to several islands in the Caribbean, but never to one in the Pacific. I may have developed my fascination for Pacific islands from the movies:

Most people live on a lonely island, lost in the middle of a foggy sea… most people long for another island, one where they know they would like to be….