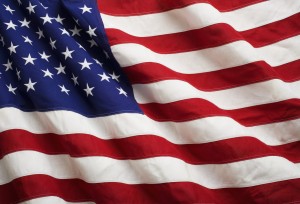 I was reading a discussion thread on Facebook about two weeks ago. The discussion was about the Covid-19 virus and how it was spreading.

Another commenter mentioned the town of Scottsbluff, Nebraska. He was pointing out that remote parts of the country were not experiencing the virus, and said there were no cases in Scottsbluff.

This caught my eye, because I’ve been to Scottsbluff.

Back in the early 1990’s we took a driving vacation in the Midwest.  We visited Scott’s Bluff National Monument, and spent the night in the town of Scottsbluff.  It’s a sleepy little town with a population of around 15,000, pretty much in the middle of no where.  It’s about sixty miles off Interstate 80 in Western Nebraska. The closest “city”( population 65,000) is Chyenne, Wyoming, about 100 miles away.

So anyway, I was not surprised that the virus had not found it’s way to Scottsbluff, it’s not easy to get there.

I don’t know why, but a few days later, I looked at the Johns Hopkins website which tracks all the reported cases of Covid-19 worldwide.

There was one case of the virus in Scottsbluff.

Somehow, someway. this virus had made it’s way across the country, off the Interstate into the High Plains of Nebraska. One case, just one, but it was there.

A few days later I checked again — There were three cases in Scottsbluff.

Zero cases to three cases to ten cases in less than two weeks. No deaths so far, thank God, but the implications are there.

How did it get there? Who knows? A truck driver, a resident returning home from a trip?  A traveler passing through? We’ll probably never know.

Is it tapering off; is “social distancing” working? I don’t know, maybe, maybe not. It’s too soon to tell. I do know this — One case of the virus can go to three and to ten cases pretty damn quickly.  Don’t think for a moment this virus is going away because we want it to.  We still have a pretty long road to travel.