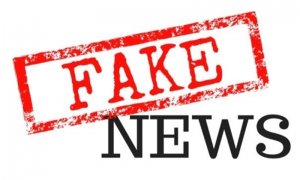 Plastic straws brought me to this. Straws, the plastic tubes, once made of paper, that we use to sip sodas. Those straws. I’ll get to that story a little later, but first some background.

Ever since the election of Donald Trump, we have heard the term “fake news” over and over again. Much of the time it is Trump saying it, but the term has risen to the level of a colloquialism. People say it all the time, and the definition of what is “fake” and what is not seems to depend on opinion as much as anything else.

In essense, the case is made that much of today’s media, especially the “main stream” media (MSM), no longer seem bound by actual facts in their reporting. The truth is bent, twisted, folded,  spindled and generally mutilated at will. My facts are your falsehoods, and vice versa. It doesn’t really matter which media we’re talking about, The New York Times, the Washington Post, CNN, NBC, or a host of other “media” outlets, large and small. Everyone is playing fast and lose with the truth.

Of course there are “fact-check” organizations, but even they have come under fire for interpeting the truth according to their political pursuasions.

So now let’s get to the story that brought me to this, but first the disclaimer; I got this story from an article on Reason.com (link below). I followed all of their links, and checked them further as far as I could, and found other info from other sources, from there, also cited. 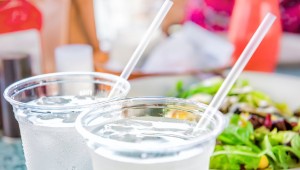 Its seems that a legislator in California is proposing a bill which would fine restaurants and/or servers $1000 for offering customers a plastic drinking straw with their drink, unless the customer specifically requests it. The logic behind this is the enviornment, and straws not being biodegradable, and all that yadda yadda. I use the phrase because we’ve all heard this kind of thing a million times. Nothing to see here, and that’s not the fake news part anyway.

The story is about the numbers. Every news report about this issue cites the number 500 million as the number of plastic straws Americans use daily.  Yup, a half billion straws a day. That means all 300+ million of us are slurping drinks through straws every day of the year. I won’t even calculate the totals, it’s too silly  —-  Actually, I did calculate the totals. A half billion straws a a day  works about to over 182 billion straws a year. Dividing that by the population, I came out with 567 straws for each of us per year. That’s 1.5 straws per day each, every day of the year. Maybe you? Not me, I doubt I use 25 percent of that number.

So where do these numbers come from? The Los Angeles Times cited them, and the National Park Service has the same figures on it’s website. So who did all these calculations?

This is where it gets interesting. As far as anyone can figure, the numbers came from a nine year old kid. 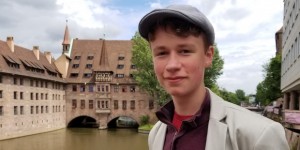 Milo seems like a nice enough kid. He’s from Vermont, and he’s made some news as a promoter of good environmental practices.

It seems that back in 2011 when he was nine, Milo started a project called Be Straw Free. Milo has been very successful bringing attention to the problems of plastic straws in the environment, and been recognized nationally with awards. This is all good. As I said, he seems like a nice enough kid.

The 500 million straws a day story goes something like this: When Milo was starting his project (at the age of nine) he supposedly contacted many straw manufacturers for details about the numbers of straws used. Unfortunately, this doesn’t seem to be substantiated in any way. so we have to take Milo’s word for it.

And apparently we do. With no more documentation than this, major news media literally around the world have reported this figure. These media have included the Washington Post, CNN, Reuters, Time, National Geographic and even Al Jazeera. The same numbers get reported again, and again and again, thanks to Milo. (I posted some links to these stories at the bottom of the page).

I decided to check the “fact-checkers”, so I looked this up on Snopes.com. Snopes does mention the issue and notes that the high straw usage figures do indeed appear to come from Milo. Snopes, however, hedged by saying “no one has proven that figure wrong…“, and called it a “mere academic quibble”.   Hmmmm…. Let me see if I have this right. Snopes is saying the figure could be true, since it hasn’t been proven wrong, and besides that, it’s only a “quibble”.  Unusual response, I thought from the premiere “fact” checkers.

There probably are lots of straws out there, and they are not good for the enviornment, so it’s a good idea to reduce the numbers used. Milo is doing a good job, so who cares how many we use each day?

“Hey Milo, old buddy, we’re checking these numbers you used about plastic straws. Can you tell me where you got these figures, back when you were nine years old? Did you keep notes? Who did you talk to? How did you calculate this? Just a little factcheck here Buddy, nothing serious, but some people get hung up about these things…”

Is this trivia in the world of “Fake News”? Probably, but it’s also the problem. We rely on the news media to get it right, but it seems our expectations are not always met today. Journalism has gotten sloppy. “Fact-checking” means my “facts” or “your facts”? Too many people are playing fast and loose with the truth.

It would seem to me that with all the claims of “fake news”, the media would go above and beyond today to be scrupulous. They should be very careful to dot the “i’s” and cross the “t’s”.  But hey, that’s just me, what do I know?

I’ll be doing more “Fake News” stories in the future. This is just too much fun to pass up.