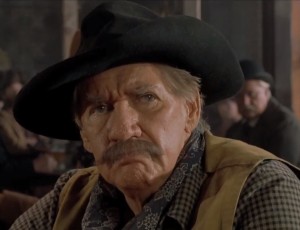 I was walking into a WaWa recently, and a cop was coming out. He held the door open for me. I picked up my pace a bit to get to the door, and he said “Take your time Old Timer, take your time…”.

Old Timer? Indeed. It was a first, and it hit me like a two by four. What the hell does that mean? Is that like Old Codger? I looked it up in the dictionary, and Merriam-Webster defines it as “a person who has a lot of experience…”. Not bad — not great, but not bad. An Old Codger, it turns out is a little different;  that’s an “eccentric but amusing old man…”. At least he didn’t call me that.

The cop was right, of course, and he wasn’t being disrespectful, quite the opposite; but still…

I have been around for awhile, coming up on three score and thirteen (figure that one out if you can). I’ve had my AARP card for a long time now. I’ll accept Senior Citizen, or as Rush Limbaugh calls us Seasoned Citizens.  Reaching retirement age is hard to deny. It may be hard to believe that I’ve lived this long, but I can’t deny it. Reflecting on that, I’ve seen quite a bit in the course of my lifetime:

I’ve lived through fourteen Presidents, the Korean War (I was young, but remember it),  and Alaska and Hawaii becoming states. The first late night talk show on TV with Steve Allen; the Salk polio vaccine; the beginning of somthing called “Rock and Roll”, and Elvis Presley on the Ed Sullivan Show. I remember Sputnik.

I remember the “new” movie techniques; Technicolor and CinemaScope. and a new sound called Stereo.  I watched the first TV show broadcast in color (Bonanza), ate at the first McDonalds in my area, ten cent hamburgers. I remember watching Don Larsen pitch the first, and still the only perfect game in a World Series.

I remember well JFK and the Bay of Pigs, the Cuban missle crisis. I remember the Berlin Wall, and the day it fell. I vividly recall when Kennedy was shot, and watched Oswald get shot by Jack Ruby on live TV.  I played my role making history in Vietnam.

I watched the first man land on the moon, and followed the Nixon impeachment hearings on TV. I remember Three Mile Island and when the Iranians took our people hostage. I remember Abscam and when Reagan was shot. I remember watching the Challenger blow up on live TV.

All these things and so much more happened during my lifetime, so I guess I am pretty seasoned.

The world has changed quite a bit over those years, but isn’t it always changing? Time seems to move much faster these days, but there are still twenty-four hours in a day.

Maybe we know we’re old, but we just don’t like that being pointed out to us. Our culture has always celebrated youth; it’s programmed into us. To be young is to be handsome or beautiful, strong and vital, and full of life. To be old, not so much. Old people are just there. Most younger people don’t really even see us, they see an image of what they will eventually become and don’t necessarily like that they see.

That’s okay, we were the same way when we were young.  We get it.

One thought on “Old Timer”