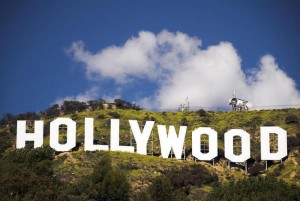 One of the things that really got my goat during the recent Presidential election campaign was the statement, repeated over and over again that those voting for Donald Trump were mostly those without a college education.

Pundits and talking heads clucked their tongues, implying the “educated” were voting for Clinton (or at least Bernie Sanders), while all the riff-raff would be supporting Trump. Pompous, sanctimonious and elitist. Their fawning snobbery made me sick.

One of the groups most outspoken this election were the celebrities. Every time I turned on the television it seemed, there was a celebrity pontificating why Trump was a horrible choice.

Since these folks are some of our most elite, surely they must be our best educated, right? I decided to check some credentials. Here’s a list of celebrities who do not  possess a college diploma:

Cher – dropped out of school at age 16

Madonna – dropped out of college (University of Michigan)

Actually, they are in the majority.  Only about 32-34 percent of Americans hold a bachelor degree or higher. And that’s fine.  Many people can be perfectly successful without a degree, and many are, these included.

Until this election, education never seemed to matter, and indeed it shouldn’t.  Snobbery is never becoming. The next time the pundits talk about the “non-college educated”,  they should perhaps look among  their elitist icons. 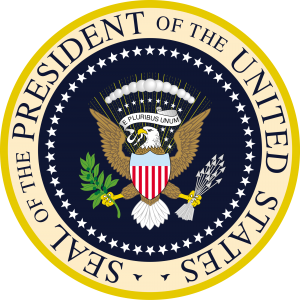 The pundits were wrong, and now as I write this piece the morning after the election, they are still wrong. They don’t get it. They never did, and perhaps they never will. Correction, they’ll pretend they knew, but they didn’t.

Throughout this nightmare campaign, Trump bashing, and indeed Clinton bashing dominated nearly every news cycle. Trump was a racist, homophobic, misogynistic, vile, perverted, etc. bastard. Clinton was a crook. The screaming and shouting and accusations back and forth never stopped. We had nominated the two worst people in the world, and your guy was always worse than mine. People completely missed the point.

The election was never about Trump and Clinton. They were figureheads, metaphors if you will for the underlying issues that we were never able to confront. The issues are clear, and they are there, and they are the reasons Trump won.

Before we address the real issues, let us take pause for a minute and discuss one important factor in Clinton’s loss.

Trump supporters are not “deplorables”. They are not overwhelmingly racist, homophobic, poorly-educated, gun-toting knuckle draggers that many Clinton supporters believed and the pundits wanted people to believe. They are the backbone of this country. They are made up largely of the former middle class which has all but disintegrated in the past few decades. They are not stupid, not by a long shot, and they mightily resented that condescending label foisted upon them by the media elite. If I heard about Trump’s “non-college educated” supporters once, I heard it ten thousand times. This was almost presented as some sort of qualifier, a ticket to correctness.

This patronizing and condescending tone prevailed throughout the election, oddly pushed not only by the Clinton camp, but from the Republican “elites” who clearly demonstrated what they thought of their own constituents.

Another factor in the repertoire was social issues. The “Deplorables” were against equal rights, hated immigrants and the LGBTQ community. They were racists and fascists, dragging their knuckles through the backwoods swamps of flyover country.  Wrong, wrong and wrong.

These issues were not the deciding factor in this election, no matter how much the pundits wanted them to be. Frankly, by moving these issues to the top of the Democrat agenda, they drilled holes in their own ship. While people care about social issues, they do not rise to the level of election-determining, not in 2016. There are far bigger fish to fry.

Laws and elections don’t deal with social issues, people do. Certainly the civil rights laws of the sixties were important, but they came about not from the top, but from the bottom. Society is always changing, much like the climate. We are a sea of individuals living side by side, and we learn to harmonize by our own actions and interactions. Laws can’t make people like each other. Presidents can’t dictate who will accept whom. These things evolve by their own accord and always have. People change, usually for the better. We learn from each other. Certainly there is discord at times, but this has also always been so. Making social issues the primary focus of a political campaign was a losing strategy all along.

Now let’s discuss why Trump won. There were four main issues, mostly either ignored or blown out of all rational proportion during the campaign. From least to most important, here they are:

Let’s first dispense with a silly notion: Trump supporters do not hate immigrants. Say that again; they do not hate immigrants. We are all immigrants to some degree of generations removed, and we all know that. We all know America’s history; “Give me your tired, your poor, your huddled masses yearning to breathe free, the wretched refuse of your teeming shore. Send these, the homeless, tempest-tossed to me; I lift my lamp beside the golden door!” We know it, and we get it.

Trump supporters agree with legal immigration, to repeat the word: legal. We have immigration laws; whether we agree with them or not, they are the laws. If you don’t like the law, change it. But until the law is changed, it should be upheld. Rationales like illegal immigrants “do the jobs Americans won’t do”, do not get it. Change the law or uphold it.

And yes, people resented their tax dollars paying for welfare and food stamps for illegal immigrants. And why shouldn’t they, especially if they have lost their well-paying job and are scraping to get by. By definition an illegal immigrant is here illegally and by law they are breaking the law.

For months (years actually), I’ve heard about the need to “reform” immigration policy. Never happened. Congress was content to do nothing; Obama was content with allowing the laws to be broken. It could have been fixed. People wanted it fixed. The government ignored it and Trump said “Build a Wall!”  Trump and his wall metaphor became a target for hate from the left, but still the government did nothing. This should never have been an issue, but it was. The issue really isn’t about immigration, it is about government failure.

A final note on immigration: Trump’s comments about Muslim immigration were directed toward Syrian immigrants. He stated that it was impossible to “vet” these immigrants, and implied this was a possible avenue for terrorists to sneak into the county. He has yet to be proven wrong on this. No one in the Administration has ever explained how it would be possible to background check these immigrants, classified as refugees from that war-torn country. It is simply impossible to do anything but take them at their word, a definite national security risk, especially since ISIS has touted their ability to sneak potential terrorists into the United States. This part of the immigration issue was never about racism or intolerance as the critics suggested.

We have a foreign policy, don’t we? Let’s take a look at what is going on:

Afghanistan: We still have thousands of troops in Afghanistan. We’ve been there now for fourteen years! Why? What is our mission? We have American troops dying there every week and no one in the government seems to be able to articulate why.

The Middle East; chaos in the region. Our officials celebrated the “Arab Spring” in 2010, and things have gone downhill ever since. Egypt is in turmoil. We helped take down Khadafy in Libya and there is chaos there. Syria is at war; and we’re backing who? Rebels? Which rebels? Do we even know anymore? Oh yeah, something called ISIS came along under our current foreign policy.

Secret deal with Iran? Why is all this secret? What deal are we striking with this country, and will this allow Iran to build nuclear weapons down the road? We don’t know that, do we?

Russia on the move, perceiving our weakness. Ditto China. The Philippines want us out.

Critics and pundits have argued Trump would make a mess of our foreign policy? Really?

Trump supporters looked at what is going on today and concluded that Trump may make our foreign policy better, but it does not seem he could make it much worse.

Perhaps the most frustrating thing to those who voted for Trump was the notion of “globalism”.  This relatively new phenomena was first heard when George H. Bush referred elliptically to the “new world order”; the beginning of the idea that the United States was not special, but merely one nation among many. Trump supporters rejected that notion. They believe in American exceptionalism. Certainly this is an emotional belief, but a strong one.  Trump supporters want to be part of the world community, but on American terms. No country in history has done more to support and defend freedom around the world. No country has done more to rush to the aid of others in distress. This is exceptionalism, and Trump supporters believe this intensely.

We have been told over and over that free trade with the rest of the world has been good for Americans. Certainly the availability of inexpensive goods and services has been positive. But what about jobs? What about the thousands of Hillary Clinton’s “Deplorables” who watched their jobs shipped off overseas, and saw their middle class dreams evaporate?

The Clinton Administration enacted the North American Free Trade Agreement (NAFTA) in 1994. Since that enactment and combined with other free trade agreements, our trade deficit rose from $2 billion in 1994 to over $60 billion in 2015. Almost 700,000 jobs were lost, directly attributable to NAFTA. Some may argue these were replaced with other jobs as the economy grew, but even if this is so, which it is not, the “replacement” jobs are often at significantly lower salaries and lack the benefits the old jobs provided.

The Obama Administration has been pushing the TPP or Transpacific trade agreement, broadening free trade with Asia. Again, at what price? The price of more displaced American workers?

Curiously, when pressed for detailed specifics about the advantages of free trade, supporters always seem to come up lacking details. They are happy to cite numbers about GDP and other financial figures, but when it comes to citing actual and specific jobs, they always grow evasive.

The bottom line is that if a trade agreement is good for America, those supporting it should be able to point to specific concrete reasons why this is so. Absent that, Trump supporters don’t believe them.

This is what bought voters to the polls in massive numbers, numbers never seen before in a national election. Above and beyond anything else, people are worried about their jobs, their families, and their future.

Whether it is trade agreements or technology or these plus other things, there are few bright lights on the horizon when it comes to the economy. In the United States, we are falling into two categories; those who have done well from these changes, and those who have not; winners and losers, the haves and have-nots.

Trump supporters aren’t “Deplorables”. They’re not racists or homophobes or misogynists. They are just like you. They go to work, raise their families, and hope for the best. They don’t hate any more than you do. They watch TV, go to ball games, and probably eat the same kinds of food that you do. They are the same as you, not different.

The notion of division in this country is false, a construct of politics. The election is over, those barriers should fall. It’s time for everyone to stop fighting, shake hands and become Americans again. We have work to do.