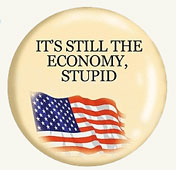 We are in the midst of a presidential election campaign, and all hell seems to be breaking loose.  Businessman Donald Trump, the putative Republican nominee is wreaking havoc with pundits and critics on both sides of the aisle.  His views on everything from immigration to foreign policy are seen as controversial to say the very least. Virtually every time he opens his mouth some critic claims that it is another example of why he is crazy; a lunatic, a fascist.

One would think the chances for this bombastic  real estate mogul would be minimal at best; yet he is sweeping the field during the primary season, and the numbers of supporters seem to grow daily. Why might this be?

Critics will tell you many things about Trump supporters, most of them not very kind. From the left especially, Trump supporters are seem as racists, rednecks, poorly-educated, slovenly hillbillies (no disrespect to hillbillies). The vitriol seems endless, but that is just part of the political climate of 2016. It’s nasty and pretty brutish.

One could look at any one of a number of issues and cross swords over the Trump position.  Indeed, any person may see any one of a dozen issues as most important  in this election.  I see primarily one. To steal a phrase from the “Rajin’ Cajun”, James Carville during the Bill Clinton’s 1992 Presidential campaign: “It’s the economy, stupid”.

Carville was doing nothing more than stating the politically obvious, something known for decades:  people vote their pocketbooks. I would submit that one reason Donald Trump is doing so well is that the American economy is in the tank. Before we talk numbers and statistics, however, let’s look at a little history:

I grew up in the 50’s and 60’s in South Jersey, about ten miles from Camden, New Jersey. Camden was a thriving manufacturing town.  RCA Victor made radios and televisions, Campbell Soup,  Hollingshead Corporation made polishes and waxes, Warren Webster Company made heating and cooling components.  New York Shipyard actually built ships;  big ones, right in Camden.

South Jersey was ripe with industry:  Owens Illinois and Owens Corning companies made fiberglas insulation and glass bottles in multiple factories.  Wheaton Glass made all sorts of glass products, as did dozens of smaller companies.  Additionally, South Jersey had a thriving agricultural industry (the famous Jersey tomato).

Jobs were everywhere and easy to find, without even crossing the Delaware River to Philadelphia, where jobs were even more plentiful.

In those days, a person with a little backbone could land a decent-paying job, support a family, buy a house, and take that summer vacation.  It wasn’t difficult, all it took was hard work.  In those days, folks with a minimal education could get a decent manual labor job and high school graduates could become “management trainees”.  For those with a college education, management positions were abundant. Today, it’s all gone.

Today, Camden is rated as one of the most dangerous cities in the U.S. Poverty and crime are rampant. Those factories are all gone, torn down and not replaced with anything except littered empty lots. The other factories in South Jersey are mostly gone too,  several of them left standing as a ghostly reminder of what once was.

Why did these jobs go away? Why do we manufacture almost nothing today?

We know where the jobs went:  The last television set was manufactured in the US in 1999. Today, most are made in China.  Campbell’s still has it’s “world headquarters” in Camden, but no longer manufactures anything in the city (no more Jersey tomatoes in your tomato soup). 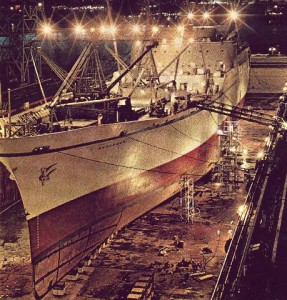 The NS Savannah, the world’s first commercial nuclear powered ship was built in Camden. Today, most shipbuilding takes place in other countries.

A tariff is a tax on imported goods. The tariff is used to regulate the flow of imported products into the country, as well as to protect the prices of domestic goods from low-cost (foreign) competition.

By the 1970’s tariffs went down to around six percent,  which spurred the import of foreign automobiles, particularly Japanese.  American auto workers fought for raising tariffs, but lost. The government agreed to a “voluntary” restriction of imports by the Japanese.  We all know how this played out.  Other American industries, such as steel, TV’s, textiles, and clothing were already collapsing from low-cost imports. The loss of the American auto industry was a major event.

In the 1980’s, the Republicans abandoned protectionism, and tariffs fell even more. Tariffs drifted downward to around 3 percent. More and more American goods were being replaced by goods from foreign manufacturers.

The North American Free Trade Agreement  (NAFTA), was signed into law by Bill Clinton in 1994. This law effectively removed all tariffs between the United States with Canada and Mexico.

Ross Perot, a third-party candidate for President and Texas businessman in 1992 opposed NAFTA. He said this:

…We have got to stop sending jobs overseas. It’s pretty simple: If you’re paying $12, $13, $14 an hour for factory workers and you can move your factory South of the border, pay a dollar an hour for labor,…have no health care—that’s the most expensive single element in making a car— have no environmental controls, no pollution controls and no retirement, and you don’t care about anything but making money, there will be a giant sucking sound going south
…when [Mexico’s] jobs come up from a dollar an hour to six dollars an hour, and ours go down to six dollars an hour, and then it’s leveled again. But in the meantime, you’ve wrecked the country with these kinds of deals.

Soon after NAFTA,  significant changes in the balance of trade began. 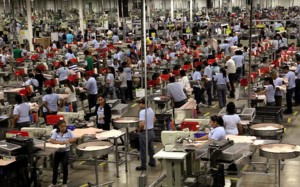 Government officials argue that these free-trade agreements are good for the economy, but don’t like to talk about the 700,000 American jobs lost because of NAFTA.

Since NAFTA, the US has negotiated at least fourteen (14) additional free trade agreements with countries around the world, including, but not limited to China, Jordan, Oman, Peru, Columbia,Honduras, Panama, and South Korea.  We have pending trade agreements with all of the other countries in the Western Hemisphere, all of Europe, the Middle East, and every country touched by the Pacific Ocean (Trans Pacifiic Partnership, TPP). In other words, free trade with the rest of the world.

Try finding a major product manufactured in the United States today — look around your home, look at labels.  My guess is you will find precious few newer product “Made in the USA”. 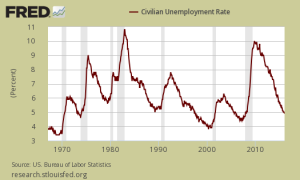 An obvious question about all this free trade is how has this effected gainful employment in this country. Well, that seems to depend on who you ask.

The official unemployment rate hovers around five percent , which the government and the Chamber of Commerce would tell you is pretty good. But is that number accurate, and what does it mean?

That five percent calculates out to around 8 million people out of work. This however is only the “official” unemployment; people seeking work and collecting unemployment benefits. Once a person stops collecting benefits, they are off the list — whether they found work or not. The government doesn’t exactly list them as employed, although that is the implication. It just removes them from the count. So official unemployment: 8 million.

On the opposite side of that coin, Trump and others have said there are as many as 94 million out of work. Well, that isn’t right either. That number includes anyone over 16 years old not reported as working. So it includes teenagers and others in school as well as retirees, who obviously are not working.

According to the Bookings Institute, there are probably about 13 million adults who are not collecting benefits but still not working, or working only part-time and seeking full time employment. So we’re really looking at around 21 million people, a 12-15 percent unemployment rate. Obviously, this is much higher in certain demographic groups.

And then there are those who are working but…. The “underemployed”.

If a person made $50,000 per year and lost their job, and the best new job they could find paid only $25,000, they are underemployed. Millions of people technically “working” are working at jobs earning far less than they once did, with little prospect of returning to the higher pay they once enjoyed.

The Future — Manufacturing and technology.

America has been losing manufacturing jobs since the early 1980’s, and continues to do so. The suggestion that the jobs lost to other countries were only low-skilled jobs is frankly nonsense. Regardless of the skill levels, lost jobs are lost jobs — they’re not coming back.

Add to this the fact that technology is advancing rapidly, causing the potential loss of even more jobs. Ever think how many bank tellers lost their jobs because of ATM’s? Not likely, because we tend not to pay attention, but we should. This becomes even more apparent when we consider the current clamoring to raise the minimum wage. If employee costs cut into a company’s bottom line, something is going to give, and that something could be even more people losing their jobs.

The United States has historically used things like tariffs to protect jobs. It’s only really been since NAFTA (1994) that politicians and corporations seriously embraced this world-wide “free trade” concept. They promoted the idea. and still do claiming it is good for the American economy, and any other stance is a step backward to isolationism. This of course, is nonsense. The politicians have profited, corporations have profited, wealthy stockholders have profited; all while the American worker has suffered.

“Next Tuesday is Election Day. Next Tuesday all of you will go to the polls, will stand there in the polling place and make a decision. I think when you make that decision, it might be well if you would ask yourself, are you better off than you were four years ago? Is it easier for you to go and buy things in the stores than it was four years ago? Is there more or less unemployment in the country than there was four years ago? Is America as respected throughout the world as it was? Do you feel that our security is as safe, that we’re as strong as we were four years ago? And if you answer all of those questions yes, why then, I think your choice is very obvious as to whom you will vote for. If you don’t agree, if you don’t think that this course that we’ve been on for the last four years is what you would like to see us follow for the next four, then I could suggest another choice that you have.”

Ask yourself that same question thirty-six years later. Think about your answer. 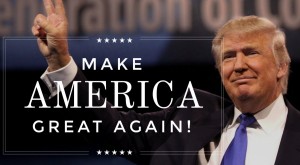 This brings us back to Donald Trump. It’s not clear if re-imposing tariffs or other actions will bring back American jobs, especially manufacturing jobs. But Trump is pointing to a hot-button issue for millions of folks. He calls it out, and puts it on the front page. Whether or not he could change anything would remain to be seen. But he’s talking about it, something other politicians have dodged and dodged and dodged.

Certainly there are other issues in this election, and I’ll be writing about some of them as well. But if our economy and our future economic condition isn’t a central issue in 2016, then I don’t know what is.