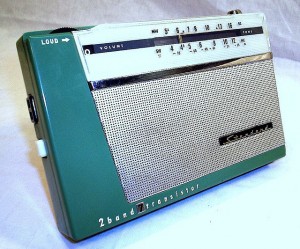 I want to preface this piece with a little explanation. I’ve been writing off and on in this blog for about seven years. More often that not, the topics have be serious, my take on issues of the day.  That is changing.

Besides the fact that no one really gives a damn about what I have to say, I’m tired of writing about those things. I’m tired of the negativity. As we’ve hit 2020, most everything I read is troubling;  as Oddball from Kelly’s Heros would say, full of negative waves:

So this time I’m writing about something I like; music and performers.  Not  just any performers, but those who have chosen to pay tribute to the musical greats, many of them gone.

When I was a kid growing up, it was almost impossible to see our favorite singers and performers live.  Huge stadiums and other concert venues had not yet been created.  Live entertainment by well-known celebrities was often confined to night clubs for adults.  We kids only had radio and television, limited to local shows like Bandstand.

By the time these venues came around, I was married and raising kids, so concert tickets were not in my budget.  The first big-name performer I saw live was Kenny Rogers, and by then he was getting a little long in the tooth.  Years later, I discovered tribute performers.

To be clear, tribute artists are not impersonators. An impersonator is a guy who looks like Elton John that you hire for your supermarket opening. A tribute artist does their best to actually perform like the real celebrity. There are many of them; sometimes they are good, sometimes not. In this post I’m writing about some that I’ve seen that are pretty damn good.

I guess I saw my first tribute artist about ten years ago.  The show was at a small theater near me known for tribute performances. We took a chance and went.

His name is Doug Church, performing as Elvis Presley. I had never heard of him and had no great sense the show would be much. I was wrong. What we got was a full blown Elvis review. I’d never seen the real Elvis in person, but I had listened to his music for many years and saw his shows on tv.

Now let me stipulate for a naysayers. Yes he is not Elvis, and maybe yes, there are better tribute artists. But what we got that night, for a pretty low cost of admission, was a hell of a good show.

The thing I like about these artists, is most of them go the distance. Their shows come with bands and backup singers and dancers.  It’s a full few hours of entertainment.

I am a fan of Queen. The reason I am a fan is because my son was a fan as a teenager and the music of Queen blasted through my house for quite some time.  So it took, and I became a fan.  When I heard about a show called “One Night with Queen” at a local venue, I had to go.

Gary Mullen is an English performer, and the show was great. Again, he’s not Freddie Mercury, but no one is.  His show is an entertaining reminder of just how good Mercury and Queen were.

The thing I have noticed about tribute performers is they work hard at it.  They picked an entertainer to emulate, and most seem to do their very best to honor that performer. Obviously some are better than others, but most of the ones I have seen do a pretty good and usually pretty entertaining job. Then there is this one — I took my wife, daughters and grandaughters. The show was fabulous.  Abba Mania:

Notice the audience reactions in these shows, ecpecially the Abba video? That is real. These performers get the audience up on it’s feet, singing and dancing along.

The next two are groups I discovered by going to free concerts. My town has free summer concerts in the park, and last year, this guy was performing, and what a show it was. It was a beautiful summer evening, the crowd was great, and the concert was free! That’s pretty hard to beat.  Danny V’s 52nd Street Band:

Then there is one more. I’ve always been a Four Seasons fan, These guys are another local group. They put on an enjoyable show.  Lights Out:

I never saw any of the real performers  in person, but as far as I’m concerned, I’ve seen Elvis, Queen, Abba, Billy Joel and The Four Seasons. These tribute performers are great entertainers.  If you ever get chance to see one of these groups, check them out. You might be very pleasantly surprised.

Here are the websites for the groups above:

Gary Mullen and the Works