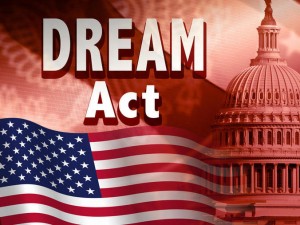 (Note: This is the fourth of a five part series)

There is much ado these days about immigration; legal and illegal, but mostly about “Dreamers” — young people brought illegally into the United States as children.

It’s all very confusing, so I thought it might be instructive to walk it through step-by-step.

“DREAM” is an acronym (Development, Relief and Education for Alien Minors Act). The Act was first introduced on August 1, 2001 by Senators Orin Hatch (R) and Dick Durbin (D). It was an Act to grant conditional residency  and ultimately permanent residency to alien minors.

The first important thing to note here is that the DREAM Act  never passed  Congress, even after being re-introduced several times.  It never became law.  This is important, because it is often referred to in the media as though it were law. This is not true.

As far as the Act itself goes, there were a number of critieria to be satisfied for a person to become a “Dreamer”:  They must have entered the U.S. before the age of 16 and have been in the country for at least five consecutive years. They must have graduated from high school or hold a GED, and be of “good moral character”. There are several other aspects to the Act, but they are not relevant for our purposes at the moment, since the Act never became law.

Without going into extensive detail which can be found elsewhere, let it be said the the DREAM Act was the basis for a number of legislative battles in Congress. Various permutations of the bill were scrapped, re-written and reintroduced over the years, most notibly during 2006-2008, when several variants of immigration reform were introduced, but none were passed, often due to partisan fighting.  Congress continued arguing and debating the bill and other variants right through 2011.

In January 2012, President Obama announced his administration would cease deportation of illegal immigants who met the criteria of the DREAM Act. That same year, Obama created a program by Executive Order known as DACA, (Deferred Action for Childhood Arrivals), which allowed “Dreamers” to obtain a renewable two-year deferrment from deportation. This program was created through a Presidential executive order, which only has legal standing while the President is in office, unless renewed or allowed to stand by a subsequent President. Over 700,000 people registered under DACA.

In 2014, Obama attempted to expand the provisions of DACA, but  he was sued by several states, and the courts blocked the expansion. On September 5, 2017, DACA was rescinded by President Trump, with a six-month implementation delay. 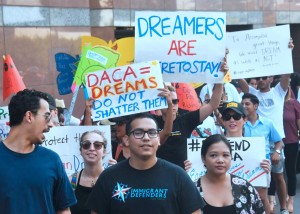 No sooner had Trump signed the recission order, and the media went crazy. Endless stories of “Dreamers” who would likely be deported filled the media. The legal issue became a social media war.

“DACA was legal”. “DACA was unconstitutional”. “DACA was…” anything you want it to be. Try Googling the legality of DACA and you will go blind trying to read all the pro/con arguments, many by opposing legal “experts”.  Who is right and who is wrong seems to be as much based on political pursuasion as anything else.

Here’s the thing however: Congress makes immigration law, not the President; that’s a fact. The DREAM act has always been a bill, not a law.  Implementing it or delaying it has never been a factor since it never really existed as law to begin with.

Obama was  probably within his power to create DACA, although this is  not “settled” law in any case. A Presidential Executive Order is something difficult to challenge. He issued the order, but critics suggest he went beyond  the scope of his power, saying this was “selective” enforcement of immigation law. Regardless,  it was allowed to stand until the end of his presidency.  Now that order is gone, or will be in six months.

The Water is Muddy

In reality, DREAM and DACA have nothing to do with each other, even though they have been constantly tied together in the media. DREAM is legislation that has been waiting sixteen years to become law, with no end in site. DACA was an executive order issued to pause deporation. Any person caught illegally in the United States can be deported; DACA simply stalled that process temporarily for some people.

The problem comes with interpretation. For whatever reasons, DREAM and DACA have become tied into some symbolic form of amnesty;  the notion that “Dreamers” will be allowed to live happily ever after in the United States if they file certain forms and pass certain standards. This is not true.

Current immigration law of the United States came into effect in 1965. For over fifty years, the law has been tinkered with, and the immigation issue has been simmering. Since 2001 and three presidents (Bush, Obama, Trump) the pot is now boiling and Congress can’t seem to find a way to turn down the burner. There are an estimated 11 million (or more) illegal immigrants in the country today. Technically, every single one is a candidate for deportation.

So what was the point?

I suspect Obama created the “renewable” DACA because he believed Hillary Clinton would win the 2016 election, and it would be extended by her executive order indefinitely, until the DREAM act was eventually passed. If so, it was a political gamble, and he was wrong. In creating DACA, he created a larger problem.  DACA was interpreted (incorrectly) as a beginning step to permanent residency. It was like trying to start the motor of a car that has no motor. Without a law behind it, DACA had no where to go.  Thanks to an abundance of media and social media attention, DACA and DREAM were incorrectly paired, and the result was massive misunderstanding about what would (or even could) happen.

The creation of DACA exacerbated the problem. It was incorrectly presented as a “fix” when everyone in government knew that at best it was temporary.  Legal or not, it created an illusion of a solution, when it only complicated the entire process.

Ironically, Trump ending the DACA program may be the best thing to happen.  It’s not likely he will begin the wholesale deportation of “Dreamers” in six months, but it is technically possible. Trump has put Congress on the hotseat. He is being the “bad cop”. Congress now must work quickly to amend the immigation law or suffer the consequences; for the “Dreamers” and for themselves politically.

Since the first U.S. immigation laws in 1882, immigration has always been a contentious issue: Immigration Part Three: Who Gets in and Who Doesnt. Congress does not like the subject, and has traditionally kicked the can down the road, avoiding it as much as possible. This time, thanks to President Trump, they may no longer be able to avoid it. Political and social pressure will mount, and these are the two things that get the attention of politicians. 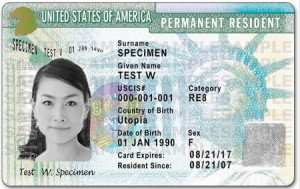 The issue is fraught with political and social issues. It is a good example of politicial ineptitude. Both political parties have created more havoc than should have been anywhere necessary.  I suspect that six months from now, I’ll have more to write about.

Immigration and Nationality Act of 1965