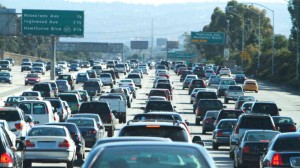 The world is changing, and not a little bit. I’m not talking about climate change, I’m talking about people change.  There are significant changes taking place all over the world, and they will effect everything.

As I write this, the earth’s population is about 7.4 billion people. This number is fluid because we are adding to the population at a rate of something like 200,000 people per day. That, by the way, is not births. It is births minus deaths, or an actual net gain.

Roll that number around in your brain for a minute. That’s more than the population of Little Rock, Arkansas (197,706), Salt Lake City (190,884), or Providence, Rhode Island (179,154) every single day. We are seeing a population explosion like nothing the world has ever seen, and we have no idea what it all means. 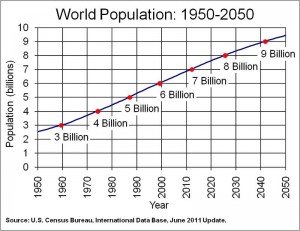 Yeah, well that’s nice, but so what? 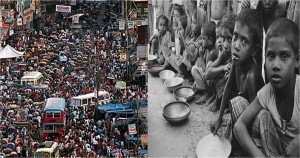 The replacement rate is the number of children each woman in a given population must have in order to sustain that population. More childen, the population goes up, less children, it goes down. Pretty simple, right? Well it is, but it requires some calculation. For instance, the replacment rate must offset deaths of any kind, simply for a population to remain stable.

The generally accepted replacement birth rate for stability is 2.1 children per woman. So in a given population, if there is an average of 2.1 children born to each woman, the population will remain stable, neither going up nor down. It will stay exactly at that point.

Remember, this is an average of women in the population. It accounts for the fact that some women will have no childen where others may have three or four or six. It’s an average.

Here’s where it gets interesting, and disturbing. The current birth rate in the United States is 1.87. This is below the replacement rate, which means the population of the United States is in decline. Absent immigration, the population will continue to go down. Some reasons for this may include fewer people getting married, more choosing not to have children, or other social factors.

Similar numbers exist in other countries. The United Kingdom (1.89),  Germany (1.44), Canada (1.59)  Belgium (1.78), Italy (1.43). All well below the population replacement rate. These and many other western countries have an aging population which accounts for much of the decline.

Then there is the opposite side of that coin, countries with booming, sometimes absurd population growth. African countries such as Niger (6.76), Somalia (5.99), Uganda (5.79), and Zambia (5.72). Throughout Africa, there is a population explosion that far exceeds any other place on earth.

Even the Caribbean:  Haiti (2.69) and the Dominican Republic (2.33) exceed birth rates in the United States.

Ground zero for the population explosion is Africa. At current rates, Africa will have a population of over 4 billion by the year 2100. That year, the world population is expected to be about 11 billion.  That means 36 percent of the world’s population will be African. By comparison, the United States is projected to be about 450 million, roughly 1/10th that of Africa.

The bottom line is this: Western European and North American countries are in decline, sometimes steep decline, while countries to the south are almost all exploding. 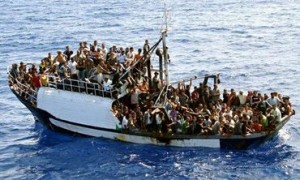 People all around the world are migrating. Of course, we see it in the United States on our Southern border, but it is happening all over the world.

There is no question that economics are a significant factor. Overwhelmingly, countries with high or even absurd birth rates are poor and undeveloped. There is never a case where wealthy people migrate to a poor country. As these populations grow at an astonishing rate, the additional people put even more pressure on sometimes collapsing infrastructures. Not enough food, not enough water, no jobs, poor health conditions; the list is endless.

Add conflict to these situations and it only gets worse. People fleeing not only poverty, but war and societal chaos. Sometimes fleeing for their lives. And they only have one place to go: north.

This is not a futuristic scenario; this is happening now. According to the New York Times, sixty million people around the world are migrating at this very moment. They are on the move.

You may have seen this video. (Note: audio goes off occasionally, do to copyright disputes with the music composer):

There is a clear disparity of income levels in northern and southern countries.  It’s not completely clear to me why this is the case, but the differences are dramatic.

This list of figures was not meant to make the reader bleary-eyed, but to point out a significant point: Much of the world is poor, abysmally poor, poor beyond our imaginiations. And these places are where the population is growing. The sheer numbers of the growing populations of poor people is staggering.  Add to this the fact that many of these countries have little or no effective infrastructure, educational systems, or even effective governments. This is precisely the right incubator for terrorism. These countries have very young, uneducated populations. The make perfect cannon fodder for groups like ISIS. They are a terrorist army just waiting to be led.

Let there be no mistake; the population explosion coupled with massive poverty is a recipe for disasters. And these disasters are likely to begin happening long before any “global warming” effects, if any, are seen.

Which leads me to a theory:  Before the reader jumps to a conclusion that I am a whacko “climate denier”, please hear me out. If my theory is faulty, I’d love to hear from you telling me why.

I suspect a ruse. The leaders of our government and all European governments are surely aware of all these facts and figures. They have to know that these combinations present a clear and present danger much larger and sooner than any rising oceans. They also know that if people in these poor countries ever began migrating in mass, there would be no way to stop them. Sheer numbers would overwhelm any attempts to stop them. We are seeing the early stages of this today with the migrants entering Europe.

I have come to believe that government officials have been working on a plan to prevent this, and hiding it beneath the cloak of “climate change”.

Major portions of the United Nations proposals on climate change include wealthy nations effectively paying poor nations to upgrade their economies as to not rely on fossil fuels. These proposed payments are in the hundreds of billions of dollars to many of the countries mentioned here.

My premise is that these proposed climate mitigation payments are in fact payments to poor countries to keep their people within their borders, methods to be determined by the countries receiving the money.

Paying people to stay where the are? Why not? All the wealthy countries on earth could not begin to absorb the vast numbers of poor and uneducated people from these places.

Does this solve the problem? Of course not. It is a delaying action at best. If these countries cannot be convinced to enact serious population control (ie birth control), the situation will only get worse. Just remember, every day 200,000 new people on the planet, and no end in sight.

Then there is this:

Next installment will look more specifically at options for dealing with the population demographic crisis.