Explain this to me like I’m a two year old:

“This was the moment when the oceans began to slow and the planet began to heal…” Barack Obama, June 3, 2008.

The seas are rising, or are they?

I’m not a “climate change skeptic”. Of course the climate is changing — it always changes. Since the beginning, earth has constantly been changing. Very hot, very cold, not so hot, not so cold, and so on. It’s the very nature of the planet we live on. During the Precambrian Period, (prior to 542 million years ago) the weather commonly flip-flopped over the years. so much so that between warm spells there were actually glaciers around the equator! During the Mesozoic era, (65-251 million years ago), the earth was pure “greenhouse”, with temperatures and carbon dioxide levels much higher than today. That’s when the dinosaurs were around, by the way.

The last glacial period or “ice age” on earth peaked a scant 22,000 years ago, just a few seconds on cosmic scale. Basically, we’ve been warming since then, a normal pattern on planet Earth (remember very hot, very cold,etc?).

Anyway, my point here is not to get hung up in the grand scope of things, but rather focus a bit to see what we can figure out. To that end, for this piece we’ll stick to one thing: sea levels. Are the seas rising or not?

First, what is sea level? It’s actually called MSL, for mean sea level, which is the midpoint level between low and high tides. Petty simple, right? It is. And the land is “above sea level” since it’s land, and anything else is “below sea level”, like say  the Titantic.

Now here’s where I start to get confused, so bear with me. Water is water, right? And we all know that water seeks it’s own level. For instance, when we fill a bowl or bottle with water, the level on one side is neither higher nor lower than the other — it’s even. In any container, the water “levels” itself out.

Think of the oceans of the world as containers, giant swimming pools, if you will. Like in a regular swimming pool, the water levels out all around, not higher nor lower on any side. Similarly sea level must be the same height on the shores of France as it is on the shores of the United States. Otherwise a ship making the journey might be going “uphill” to get to France, and “downhill” to come back. Silly, right? Yes it is. Sea level is sea level, the same wherever you go.

On this basis, I’ll argue that if the oceans rise in one place, they must also rise in every other place, as the water “levels” itself. Go up here, go up there.

So are the seas rising, and if so how much and why?

According to good ‘ol Wikipedia, that composite of human knowlege, between 1870 and 2004, sea levels have risen 195 milimeters, or… wait for it … 7.7 inches! Doing some math, that breaks down to .06 inches per year; that’s 6/100 of an inch per year! Wowzers! Exactly how they measure this and how accurate that is is arguable, but we’ll go with it for now.

Wiki also tells us that since 1993, the rise has been an astonishing 2.9 milimeters, or 11/100 of an inch per year, or 1.5 inches in the last twelve years! Have you noticed that? I haven’t.  If it continues at that rate, we’d be seeing an increase of maybe 11 inches in the next hundred years! 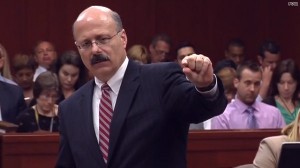 But…we are led to believe that Armageddon is upon us if we don’t do something and soon! Just two days ago the New York Times had a major article that some scientists believe the seas could rise 200 feet: New York Times, but it order to do this, we have to burn all the fossil fuels on earth, everything! All the coal, all the oil, and all the natural gas. Take a minute to think about that one; it’s indicative of the silliniess surrounding this issue. And by the way, they suggest that even that could take a thousand years.  Yeah, a thousand years. Give me a break.

So I’m not a scientist, I get that. But someone needs to work with me if I’m going to buy into something. So, where is the sea level actually rising in some manner that we can see it? There are tons of charts and graphs, predictions and projections, but I’d like to see something more tangible.

Venice? Venice is one city that always gets thown out there as a warning of sea level rising. But let’s get one straight. Venice was built on water! If anything, I suspect Venice is sinking as much as any water is significantly rising. 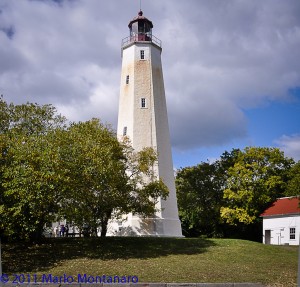 Cape May Lighthouse, 1859. Barnegat Lighthouse, 1859. Sandy Hook Lightouse, 1764. Portland Head Maine, 1791. Cape Hatteras Lighthouse, 1870. Many lighthouses were built in the US and around the world in the 18th and 19th century. I mention these above, because guess what, they’re still there. They’re not beseiged by the sea. The oldest, Sandy Hook, is actually further inland than when it was built due to the ocean pushing sand ashore. Over two hundred years and the ocean is not claiming these obviously close-to-the-shore structures.

Tuvalu and the Maldives

Global warming reactionaries often write that Tuvalu and the Maldives are sinking. Huh? Where the hell are they anyway?

Tuvalu is is string of coral reef islands in the South Pacific. Environmentalists have been pounding the drums for years that the islands will be submerged as the ocean rises. At it’s highest points, it’s only fifteen feet above sea level. So maybe in a hundred years or so, the residents might think about moving. There are only about 11,000 people in total on these islands, so it shouldn’t take much to relocate them.

The Maldives, a group of islands near India that have about 350,000 people spread out on twenty six islands, most of which are only about five feet about sea level. They are beautiful islands, but five feet above sea level in the middle of the Indian Ocean? Ever heard of cyclones?

So there may be some spots on earth with some risks, but living near a volcano includes risks too. Are the environmentalists worried about that?

I ‘ve been going to the Jersey shore every summer for over sixty years. Each and every summer, the ocean is still in the exact same spot I left it the previous fall. No closer, no farther away. Any changes have been completely unnoticable.

Look, I’m not trying to make light of this, (well maybe a little), but if you want to get me stirred up about global warming, give me something to work with. Don’t tell me Wildwood and Ocean City will be underwater a thousand years from now, it just doesn’t tug at my heartstrings. It’s not that I don’t care about those people fifty generations from now (I don’t), but that’s way too far out to concern me. Don’t tell me you’re going to triple my electric costs and make me pay ten bucks for a gallon of gas to save the planet for folks in the year 3015. Sorry.

That may seem heartless, but there are tons of actually important issues happening right now that need attention. I don’t think the people in the year 1015 worried how we would cope. They had enough on their plates, and so do we.

Here’s my bottom line. I’ll keep watching the shore in Jersey. If I see the ocean rising, I’ll let you know. Otherwise I have more practical things to worry about.